As soon as Ambrosius saw Lurotriga at Gabinus’ house, he regretted going there. When she came to him before, he was convinced that his attraction to her that night arose from some dread sorcery woven around them by the crafty Megisa. But that veil fell away at a single glance from Lurotriga for, once more, she kindled a fire in him and he struggled to resist the sudden rush of desire.  Yet, he was not some fifteen-year old, whose cock chased every woman’s scent – and what need did he have of Lurotriga, when he had the beautiful… magnificent Inga?

“If Megisa is dead,” said Ambrosius, “who pulls your strings now?”

“It was never like that, Ambrosius,” said Lurotriga. “We all had but one aim-”

“But for Megisa, it was personal, wasn’t it?” His tone was savage, recalling the web she had woven around him.

“It was personal for all of us!” argued Lurotriga. “Every family represented here has suffered at the hands of Hargotrix. Megisa might have been wrong, but-”

“Might have been?” he scoffed. “She used me as a weapon – and she was more than willing to use you as a whore!”

Laying a gentle hand on his arm, Lurotriga said: “But I knew all that… and so did you – or why else are you here now?”

“I shouldn’t be here!” he retorted, shrugging off her hand. “But here are my terms: you help us to free our women and we’ll help you to overthrow your king – but I will not be the next one! Now, accept those terms – or go hang yourselves for all I care!”

“We accept,” said Lurotriga at once .

“Go now then,” Ambrosius urged, moving towards the door. “But I’ll not wait another moment.”

And, it did make more sense, Ambrosius knew, except the longer he stayed there, the more he would drink from the cup of Lurotriga. Every passing moment, he beheld another, seductive feature: the subtle green of her eyes, the high, delicate cheekbones and the hint of her breasts beneath the simple robe…

While they did so in uneasy silence, Arturus must have realised at some point, that the other two souls in the room were unaware of his existence. Spluttering an excuse, he hurried out.

The silence continued, but only until they exchanged a glance.

“I feel your resentment like a hot iron on my skin,” she murmured, taking a hesitant step closer to him. “Do you blame me for this?”

“Yes,” he whispered, “for you colluded with Megisa to entrap me…”

She moved closer, until she stood only inches from him. “But Megisa is dead and, if you feel trapped, it is not I who binds you. I ask nothing more of you than your help for my people.”

“And that’s all I’ll give you,” he said, meeting her eyes, so close to his.

“Yet,” she murmured, “something still lies between us…”

“What lies between us, lady… is an ocean of trouble.”

“Even oceans can be crossed – if we live through this,” she said. “Or you could just ride away with your Saxon girl…”

The door slammed open and Gabinus announced: “All are ready!”

“Very well,” replied Ambrosius. “Give us a moment more, if you please.”

Gabinus, who seemed unsurprised that it was Ambrosius who now wanted to delay, went outside again.

Her hand touched his rough, unshaven cheek and somehow his arms encircled her waist. She granted him a smile and, at once, he craved another; but Lurotriga pulled away.

“It’s as well you must go to fight,” she said, her voice huskier than before. “Whatever you choose to do afterwards, I’ll accept; but please, just make sure there is an afterwards…”

It was hard not to look at her again as he made for the door; but he focussed his mind upon what needed to happen next. As he was so fond of telling his comrades, you must meet the first problem first…

Donate To Park In The Past

This story is being written to benefit Park In The Past, and innovative heritage and conservation project in the UK. 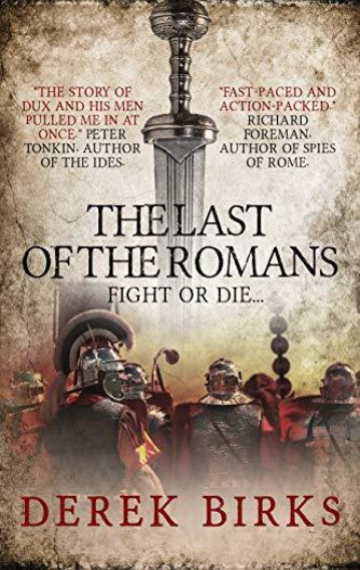